What is an automotive radar?

An automotive radar is used to locate objects in the vicinity of the car and consists of a transmitter and a receiver. The transmitter sends out radio waves that hit an object and bounce back to the receiver. One of today’s major challenges is to develop steerable antennas for radars with high enough performance at a reasonable cost.

An automotive radar is used to locate objects, such as vehicles and pedestrians, in the vicinity of the car. A radar consists of a receiver and a transmitter. The transmitter sends out radio waves that hit an object and bounce back to the receiver. By controlling the direction in which radio waves are sent and received it is possible to detect objects' distance, speed and direction. This requires steerable antennas that can be automatically directed or receive signals simultaneously from several different directions.

Two different frequency bands are mainly used for automotive radars: the 24 GHz band and the 77 GHz band. The 77 GHz band offers higher performance, but it is also more challenging to implement since for example losses are much higher at these frequencies. The 24 GHz radars are easier to develop but are larger in size, making it difficult to integrate them in a vehicle. Radars operating at 24 GHz require around three times larger antennas than radars operating at 77 GHz, to achieve the same performance. A 77 GHz radar would thus be much smaller resulting in easier integration and lower cost.

The most important aspect for moving to higher frequencies is that it enables radars with a better resolution. One of today’s major challenges is therefore to develop steerable antennas for 77 GHz radars with high enough performance at a reasonable cost. 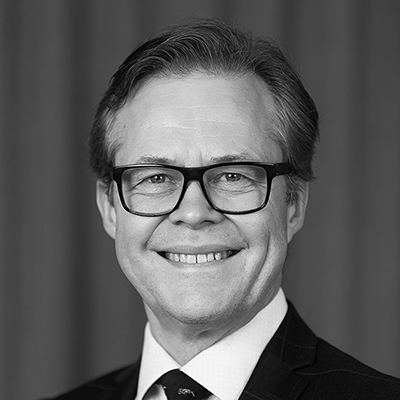 Lars-Inge Sjöqvist is the CEO of Gapwaves. He is an experienced business leader with an extensive and broad background within business development, management as well as technology and product development. His track record includes former positions as the CEO and VP of Semcon AB (publ). Through his many years at Semcon Lars-Inge has built up a significant industry knowledge within e.g. telecom and automotive.

END_OF_DOCUMENT_TOKEN_TO_BE_REPLACED

What is a radio link?
What is Gapwaves waveguide?
Wireless radio link vs optical fiber cable